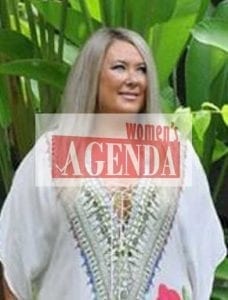 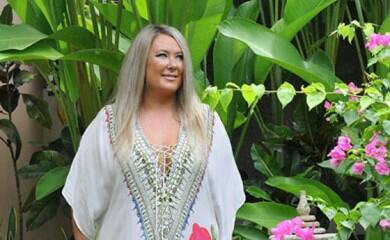 If you’re going to start a new business, you might as well dream big. And launch it in an exotic, beachside location.

That didn’t quite happen immediately for entrepreneur Zoe Watson, but her big thinking approach has developed in the two years since she opened her Bliss Sanctuary for Women in Bali in 2010.

Currently, she’s in Hong Kong where she’s based the travel business in an effort to expand it across the globe. With the next stop Spain, her plan is to establish 20 sanctuaries in 12 countries over the next 10 years.

It’s a fairly ambitious mission for a woman with a fear of flying, who originally left the corporate world for Bali in order to rekindle her health and allow her body to recover from a nasty car accident. But it’s a mission she believes is possible in a market that’s saturated with retreat-style vacations for women, but very few resorts that focus on the “travel experience” instead.

Watson knows this because before dreaming up the idea, she long tried to find such solo-travelling holiday experiences herself, while in desperate need of some time out from the corporate world.

“At the time, I said to my boss, ‘I need a month off or you need to get someone to help me’. He said, ‘You can’t do either or those; you can take next week’,” Watson recalls. She took what she could get and travelled to Bali – an option she thought wasn’t ideal at the time, but relatively simple, inexpensive and appeared to offer the safe, solo-travelling experience she was after.

It was better than expected: upon returning to Adelaide, she quit her advertising job to take a year-long break living in Bali where she could recover – something she knew could be funded with the compensation money she’d received from the car accident. The enforced rest didn’t last a month.

Watson came up with the Bliss Sanctuary business plan within two weeks. Four weeks later she was flying to Bali to source a villa to rent, which she found within three days. The goal was to create a sanctuary for women travelling alone or with a friend who are looking to take a simple, carefree break. Women who wanted to take the “thinking” out of a holiday, and allow somebody else to sort out accommodation, meals, transport and even the day-to-day experiences (the Bali sanctuary offers packages covering cultural experiences, surfing and yoga).

“We’ve had ladies who get there and say ‘I can’t decide what to eat – you decide!’” says Watson.

Bali quickly provided a successful test case on how the business could work globally – with sanctuary spaces filling 50% in the first month of operation and up to 90% just a couple of months later. Now in its second year, it has seven local staff and a Canadian hostess, allowing Watson to work on opening new locations. As she extends the business across the world, she plans to work on site for a few months as each new location opens, then hand the space over to a Western hostess under a franchising arrangement.

Not bad for a business idea Watson attributes to simply taking a break. “I’m pretty gung-ho, having worked in media and the rat race in Australia, my whole lifestyle has completely changed now. If it wasn’t for the forced rest on my part I don’t think things would have played out the way they have,” she says.

And unlike other rat race escapees seeking a seachange, Watson never hated her job. In fact, she recently recounted to the Adelaide Advertiser how she’s always had fun, sought-after roles – even one in which she drove around a yellow Mustang convertible as a company car. She’s now working harder than ever, but believes that having now found her purpose, the health effects of long hours are minimal.

As for the fear of flying, it hasn’t quite disappeared but Watson’s dealing with it. “I do find that the things we have the most fear of in life are often the things we need to overcome.”