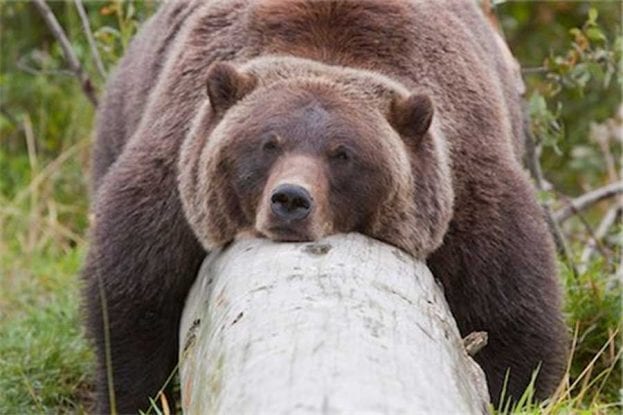 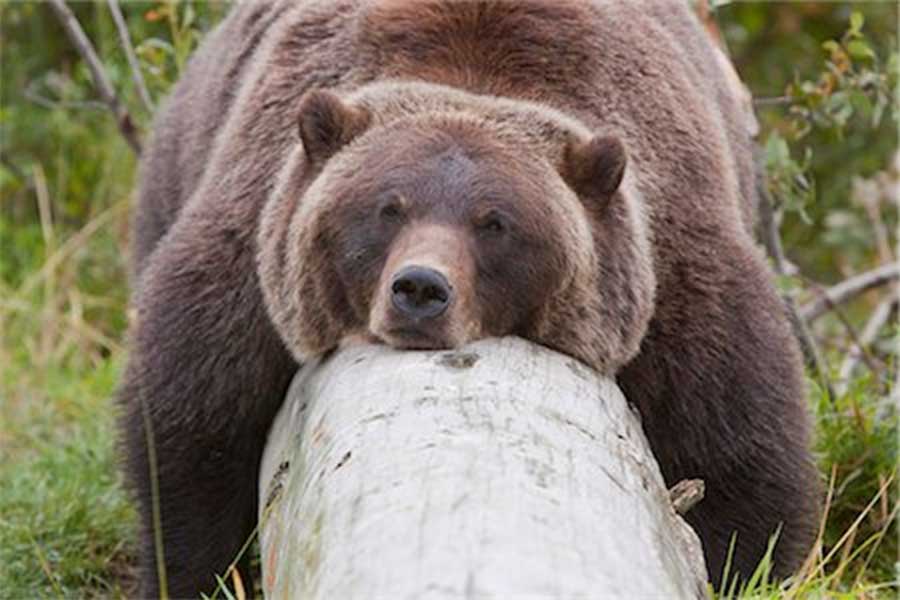 ...with Chronic Pain and Fibromyalgia

The last 3 years I have been so sick every winter with respiratory issues that have become so debilitating. This is something I’ve had on and off all my life and I can remember at school taking 2 mens hankies and blowing my nose so much there wasn’t an inch of them that wasn’t gooey at the end of the day. Nothing that got looked at or seen to by the doctors. So naturally I normalised it without direction from the adults in my life.

I learned it was something to live with.

In my late teens I decided to take a proactive effort in my own health as much as I could, but this was mainly to do with back pain which my specialists think was Fibromyalgia even from this young age. At the time I saw a chiropractor 3 x a week and pushed through it all to still play district baskettball in the Div 1 league.

I was clueless and left hanging  with no real help, just a cycle that  I tried so hard to bust out of. Lets remember back then there was no social media, no phones, no computers in the house, no real way of finding out information on my own. I simply relied on the people around me who were clueless.

In my early 20’s I was working all the time and spending a lot of it on natural health. I had found an amazing blood analysis naturopath and those were the best years of my life. Until he moved over to weightloss and I decided to follow him with crazy naturopathic diets that were not good for my body mind or soul. In the end I stopped seeing him and he moved to Thailand. Even to this day I wish I had kept the first diet he ever put me on to help me with allergies. It was actually  amazing and I would love to be living my life by that protocol even now.

So I have lived most of my life with physical challenges and little help. The help I did get never lasted and was inconsistent at best. I was and always have been on my own  with trying to get support for my health … and it weighs on me.

As I tried more and more things, spent more and more money, saw so many different practitioners who said different things, took more and more health  aids and medicines … I was still left getting sicker and sicker with nothing that seemed to work.

When I moved interstate to live in my late 20’s, I became sooooo unwell and got every flu under the sun, I was constantly sick and was sent home with asthma puffers. They  worked a little bit, until they didn’t. Pretty much  like everything  else.

I realise now that I started to become fearful of the cold, of winter, of breathing.

This is not a good state of mind to be in.

When I moved to Bali I didn’t get respiratory issues any more but I got so many  other weird and wonderful things happening like skin blotches and  weird pain. It is when the Fibromyalgia and migraines really started to kick in all related back to a car accident years before. So I attributed it all to that and created a stronger belief that living in the heat is the best thing for me.

After residing there on and off for 6 years and only having summers when I did go back to Australia, I then moved to the Gold Coast a similar tropical environment to further support my belief that my body works best in warm climates. I am very susceptible to weather changes and they effect my health greatly. I started to develop fear around winter and the cold.

Winter in the Gold Coast is beautiful. Mid 20’s usually sunny. A bit crisp at night or in the shade but nothing a light jumper wont fix. I thought I was in heaven. I have always known the sun  is a big healer and I got to spend so much time in it now. I was loving life.

Until I got whooping cough.

I was literally living in a Hotel (they are apartments in most of the GC and some are let for residential uses), with tourists from Asia and the Middle East constantly coming in off the planes and bringing the bugs with them. This was what my thought process was with how I must have caught it.

It was horrendous. I was violently coughing for 4 months. Coughing fits that literally lasted 5 minutes until I was throwing up in the sink with all sorts of stuff coming out of my nose and throat. Unable to breathe and peeing myself st the same time, as the violent coughing literally broke me as if I’d given birth to triplets. I was in hell. 3 – 4 times an hour. For 4 months. It felt like a lifetime of physical and emotional torture with the pain, exhaustion, isolation and  shame at my bodily function mishaps.

I am so lucky I found an  amazing masseuse at that time who has become one of my dearest friends, who still wanted to help me even after I kept cancelling. And a friend who lived not far away who would help me by getting groceries etc and take me to the doctors and go to the chemist for me.  Otherwise I don’t know what I would have done.

I had bought an electronic bed so I could lift myself up to a point where I could actually sleep for a few hours at the time. This beat 6 pillows which did my back in. I had found a good Dr who was willing to try a few more things. And this time what I had only lasted a month after a lot of antibiotics that only worked a little bit.

Months later I bought my own apartment again on the beachfront this time in Burleigh and I got sick again with a violent cough! This time it lasted 3 months. This was during the Covid Pandemic and I wasn’t even allowed to see a Doctor! I had started seeing a specialist Fibromyalgia GP and all of a sudden I couldn’t do any of the testing or go anywhere as at the first sign of a cough you were treated like a leper. Even to get in to see him he told me to tell them it was an asthma cough so they would let me in the front door. Horrendous and emotionally draining.

By the time this ended 3 months later, it was summer where all the big storms happen in the Gold Coast so I decided to come back to my hometown of Adelaide. I love the summers here the dry heat, the amazing warmth without the humidity. My perfect conditions. I had a great summer and got some vibrance back and enjoyed life for the first time in so long. I reconnected with friends and family and I decided to stay.

Then winter hit. Straight away I started coughing.

I realised that I was so fearful of getting sick. It really affected my mental health a lot. As son as I felt that throat restriction I went into hibernation mode and became a grumpy, irritated, fearful bear. Once again I was isolated, in pain, having the same horrible coughing fits and bodily function issues.

I had made sure I had bought myself an amazing electronic bed. I once again had limited access to doctors as 16 months later Australia was still living under limited Pandemic Conditions. But this time I had a bigger tribe around me and a community who are more into alternative health than ever before.

I went through the healing processes and healed within 6 weeks. I am now coming to the end of it and reflecting on the way I have dealt with this very real health issue in my life. I have been reading a life changing book called ‘breath’ the new science of a lost art by James Nestor and for the first time opened my mind up to breath therapy which led me to Wim Hofs cold therapy.

The thing that started this for me was finding an amazing pain relief spray called Biofreeze based on Cryotherapy. I had seen Cryotherapy with those big freezing vats and dismissed this for me as I believed that massive temperature changes made me sick. But the spray worked amazingly, which makes sense really as pain and inflammation  go hand in hand.

I am currently back in Adelaide in very cold conditions so I was trying to tuck myself away in the warmth. Until I started reading the breath book. Now I am opening my belief system up to the cold therapy. I used to take cold showers all the time in Bali and the Gold Coast. Intuitively. But now even  in the cold I am slowly opening my mind up to the breath + cold therapy methods.

But first I have to work on my fear. My limiting beliefs.

When you have chronic illness for such a big part of your life, fear becomes  a very real thing in trying anything new. Well it has for me. I have realised I become protective like a mother bird who puts their child under their wings. I put my body under my wing and go into shutdown protective mode.

Over my whole life pushing myself outside of the square and trying new things and putting my trust in others has not worked for me. So I have to actively learn to trust again within my health  and wellness journey also. Turning myself off from everything for a while and just doing the absolute basics, did work for me. Apart from the respiratory issues which directly relate to a compromised immune system. But overall I am doing so much better managing  pain and migraine.

It has taken years.

Now I am feeling the fear about opening myself up to new techniques and pushing myself out of my comfort zone again with this cold therapy and breathing. But I am going to feel the fear and do it anyway. It makes so much sense in every way and I am praying hard that it helps to heal me more and take me to the next level.

The biggest thing I realise is the fear. Something I’ve been aware of in so many other areas of my life and overcome. Now I have acknowledged it in this instance, it is time to make some changes and tap into my courage and build it slowly. It’s not time to shock the system with something big. It is time to lovingly coax my beautiful body into opening up to new methods and fighting this inflammation. Slowly but surely I will build my confidence as I go and hope and pray for the best.

Have you tried anything like this or anything  crazy in your own health journey that has really worked? One thing to always remember is that different things work for different people and different bodies. Our aim in managing our own health and wellness (which only we can even in the choice of others to help), is to find what works for us.